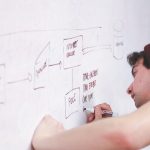 Why do you want a startup? What's your idea? Share with us?

What is this site all about?

It is about community, users, and suppliers of goods and services helping each other out sharing ideas.

The basic idea is to create a place where people can come to learn and explore what is needed to start that side gig or that small business that you have always wanted. We also want people that have already taken the step to show their stuff, offer their services.